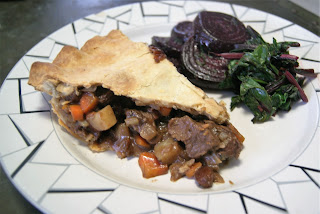 Ya'll know what Sunday is, right?

It's the start of the new season of Game of Thrones.

I could not be more excited. I love that show. I love those books. I know the books are not well written and I don't care. It was like reading a soap opera and it was wonderful.

In honor of the new season, I made a recipe from the Game of Thrones Cookbook, which my wonderful amazing husband bought me last year for Christmas. They give two recipes for Beef and Bacon Pie, one a more Medieval recipe and one a modern recipe. I chose to do a combination of the two. This pie was savory with just a touch of sweetness. Perfect for a feast in Winterfell (or for Game of Thrones). The man was also amazing because he went to Total Wine on the way home and bought a few 750mL bottles of the new Ommegang Game of Thrones Beer. Every year Ommegang releases a new beer inspired by the show and this marriage of Belgian and American style ales is very tasty.

I recommend both things, and I especially recommend them together. 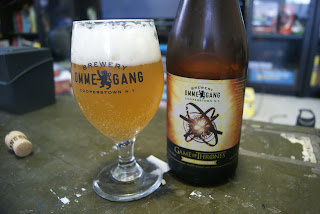 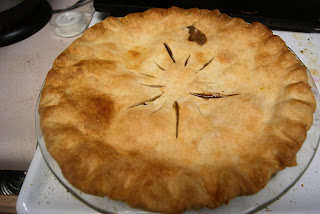