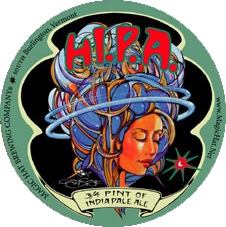 The second beer I had tonight was a bottled version in a Magic Hat variety pack. The nose has heavy pine and floral notes with just a hint of citrus. The taste is hops on the front and back with a rich malty middle. It's the way I like an IPA: very bold but still drinkable. The hops are strong and the beginning and mellow out at the end. At $16 for a variety 12 pack, it wasn't a bad buy.

This was my first beer of the evening, on tap at the bar. The nose was largely pine and citrus (same as the Magic Hat) but without the same bold flavors. The beer was drinkable, but it was not what I would consider an IPA. It did not have bold enough flavors and was, at most, an American pale ale in its flavor profile. When I expected an IPA to start my evening, it was downright boring.

It might not be California, but my beer education on the east coast has begun. I'm looking forward to furthering my knowledge of microbrews out here.
beer/wine/spirits food/drink reviews 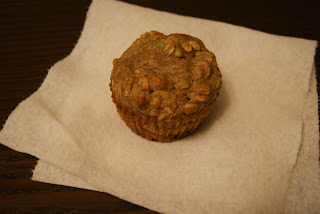 I'm here today for a couple different reasons. First, I wanted to share an awesome new food blog challenge I discovered. It's through the PinterTest Kitchen and is the February Food Blogger love challenge. Participants will be assigned another blogger that they have to show some love in some way. Whether its making one of their recipes or making their own recipe in the style of that blogger, they just need to do something to show someone else a little love. Sign up or discover more information on their website ! Second, I wanted to share with everyone a great recipe for apple, banana oatmeal muffins. They're super hearty, delicious and not too sweet. They freeze really well and make excellent breakfasts for the entire week. I'm always looking for something that is a different spin on banana bread and these did not disappoint at all. I got the recipe from Rock Recipes Ingredients 1 1/2 cup rolled oats 1/2 cup all purpose flour 1/2 cup whole wheat flo