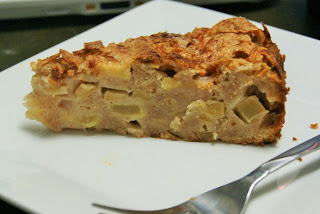 It's the 5th Monday and it's time for Secret Recipe Club. I know that's a weird one, but they've started doing something new with months that have five Mondays. Now it's a special (optional) theme reveal week that matches you with anyone from the other groups. This month's theme was holiday treats since Christmas and Thanksgiving are coming up so quickly. I rarely make sweets for secret recipe club (in spite of my blog name that rarely applies anymore) so this was a great chance to try something new.

As many of you already know, Secret Recipe Club is a collection of bloggers who make another person's recipe and all post on the same day. It gives you a great chance to know some other bloggers, find some new recipes and rediscover some of your older recipes from long ago. I usually get embarrassed by how much better their photos are than my photos, but that's okay too.

This week, I had Heather's blog "Join Us Pull Up a Chair". That's cool. I've had this blog before and I made some super fabulous Salmon Cakes and Pumpkin Beer Bread. I remembered she had a ton of recipes for muffins and other sweets, so I couldn't wait to find something to fit this challenge. I knew I wanted to make something with apples because I still have so many of them from our CSA box. Seriously, so many apples. I opted to make her Cinnamon Apple Cake which sounded so interesting with the addition of cream cheese. And it called for 6 cup of apples. That was really the selling point for me.

Heather originally made this cake with 3 cups of apples and said she would increase it to 6 next time. I made it with six and though it was delicious, it never set properly with a nice crumb like a cake. It was still set, not runny, but closer to a British sticky toffee pudding or something of that nature. The extra apples just imparted too much moisture. It was still delicious, but not what I expected. My husband really liked it this way and it was absolutely perfect with a little vanilla ice cream on warm cake.

Thanks for this great recipe Heather. It might not be what we originally expected, but it was still something delicious.